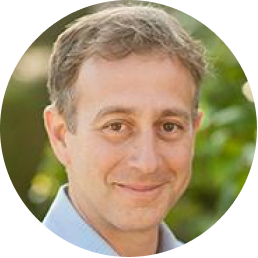 Jake Wachtel has been producing, writing and directing for television, film and new media for over a decade. An award-winning international journalist and producer, Jake began his career as a news producer reporter for Tokyo Broadcasting System (TBS), CBS’ partner in Japan. He has covered stories across the Americas, lived for two years in Japan and speaks Japanese. His coverage includes presidential elections, social issues in South America, the Academy Awards and the Olympics.

Jake has interviewed an array of celebrities from Christina Aguilera to Bill Gates and as a hard news producer he received the National Academy of Television Arts and Sciences Citation for coverage of 9/11.

Jake runs No Worries Entertainment (NWE), a company that produces content and develops programming for domestic and international clients.

Prior to founding NWE, he was an Executive Producer for NBC Universal. He has produced and directed documentaries and independent features as well as the comedic sports current affairs show Sports Soup for E! Studios. He was also a producer for CNBC’s Dennis Miller show and developed, directed and produced programs for Zee TV’s Veria Network, including its tentpole series The Incurables.

A CORO Fellow in Public Affairs, he serves on the Media Advisory Boards of Santa Monica College and the Claremont Colleges. He is a member of the Writers Guild and the International Press Academy. 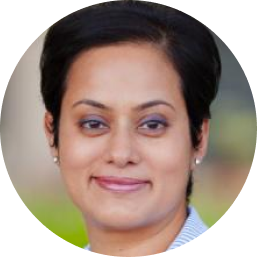 Jonali Bhattacharyya, is a highly successful and award-winning Educator, Animator and Creative Director with a background in animation production and curriculum development over twelve years of experience in Games and Higher Education.

Stacey Houghton is a seasoned UX professional with extensive experience in Information Architecture, Interaction Design, Visual Design and UI Development/Design. Her keen design sense and innovative spirit inspires her to create engaging, intuitive and visually stunning designs. Within her diverse portfolio, she showcases her ability to generate effective web solutions for a variety of clients.

Her professional background in working with and creating corporate branding material allows her to effectively convey the intended message to the intended target audience, quickly. She has always sought to deliver the utmost in originally professional work.

“I inspire to be inspired. I create in the hopes of creating a more functional interaction between users and machines.” – Stacey Houghton

Gokce Kasikci received her MFA in multimedia from San Diego State University. She has worked in video, photography, digital media, art installations, and higher education. She has had two one person shows and several multi-artist shows in San Diego, California and Turkey.

Gokce taught art classes at San Diego State University, Packaging and design at the Art Institute, and now teaching digital design at ITU. Gokce brings years of industry experience as she has worked with professionals from a variety of industries including biomedical, MEMS, architecture firms, and small businesses. 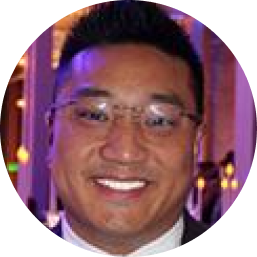 Dave Lo is a seasoned CG artist specializing in 3D modeling, creature rigging, hair and cloth simulation as well as rigid dynamics. Some of the major studios that he has worked at include Walt Disney Feature Animation, Digital Domain, ILM, Sony Pictures Imageworks, and Rhythm and Hues. Some of his past films include Big Hero Six, Jack the Giant Slayer, Iron Man 3, Transformers 3, Rango, Cowboys and Aliens, 2012, Pirates of the Caribbean 3, Speed Racer, Beowulf and Superman Returns. His education consists of a Computer Science degree from Georgia Tech and a Computer Arts degree from Academy of Art University. 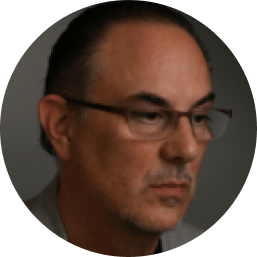 Mr. Petrocchi has been working in the entertainment industry for 20 years as an animator, storyboard artist, art director and concept artist. Currently he is freelancing in both the game and illustration industry and teaching at the Walt Disney Family Museum as well as various art schools in the bay area and has taught at the Academy of Art University, San Jose State University and the Bay Area Classical Artist Atelier. Mr. Petrocchi had the privilege of working overseas in Shanghai, China for Concept Art House as an art director and concept artist. Previous to working as a concept artist he worked in the industry an art director, 2D animator and storyboard artist working for TV and film projects.

Some of his clients include companies such as Magic The Gathering, EA Redwood Shores (Godfather, Lord of the Rings, The Simms), EA Maxis (Spore), Factor 5, Activision, THQ, Wildbrain (Layout Artist), Warner Brothers (Storyboard) and Colossal Pictures (2D animator). Mr. Petrocchi lived in China for 3 years and worked as a teacher while continuing to freelance as a concept artist and illustrator. While there he also lectured and gave demonstrations on several occasions on the subject of concept art in Shanghai at Fantasy China Cartoon and Game Convention, and at Beijing’s Central Academy of Fine Art.

In his spare time he likes to sing, play guitar, read and dance.

Tom Rubalcava began his career as Art Director on a series of independent feature films in the San Francisco Bay Area from 1982 to 1990. He was also recognized for his sculpting skills and ability to design for prosthetic make up and physical effects. It was on Commercial Pictures/Zoetrope’s 1988 release of Live-Action Feature ‘Clownhouse’ that Tom wore the hats of concept designer, storyboard artist and effects designer. His main role as Art Director on the project wasn’t his only credit – he was also credited in the make-up effects category.

Tom’s sculpting talent brought him to Premavision, Inc. in Sausilito, CA and the ‘Gumby Adventures’ television series in 1987. He was hired on the spot to head up the main character department. Soon after having reorganized the department, he was promoted to design and sculpt props and additional stop-motion characters. After 1 1/2 years of Tom’s departure to television production, Premavision kept a small crew on board to produce the ‘The Gumby Movie.’ It was on this project that Tom migrated back to feature work, giving him the chance to revisit 2D FX animation that he had trained for years before under then Don Bluth Studios’ veteran Bruce Heller.

In 1991, Tom joined the team at Colossal Pictures to continue his stint with similar materials called for in stop-motion design. He sculpted and prop finished on a series of ‘Nabisco’ and ‘Pillsburry’ television commercials headed up by Director Henry Selick. Later, he joined the Colossal animation department. For the 9 years that followed, Tom assisted and animated on numerous animation projects and eventually, he was elevated to Animation Director status. He debuted in this new role, heading up an animation crew for COKE ‘Watch’, a Clio Award winning Coca Cola television commercial. Tom continued to help develop Colossal’s mixed media Blendo technique until the studio closed its doors in August of 1999.

Tom joined the dynamic and diversely talented Maverix Studios group in 2002 and became a principal partner of the LLC in July 0f 2003. The company continued to provide quality production art and animation until the studio’s closure in September of 2011. Clients included Iwin, Inc., Leap Frog, Intuit, Super Secret and more. Tom is now freelancing as a Designer, Director, Animator and Storyboard artist.

Shanan has 15 years of leadership and strategic experience across CPG, tech, digital media publishing companies, and the military.

He graduated with a Bachelors in Economics from Claremont McKenna College, and an MBA from University of Southern California. 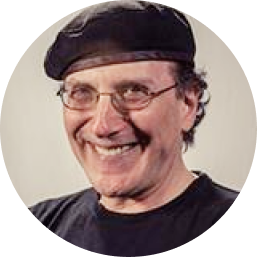 Michael Snyder is a journalist, editor, broadcaster, educator, screenwriter, and animation developer who splits his time between Los Angeles and San Francisco. After leaving his longtime position as entertainment critic/nightlife columnist for the San Francisco Chronicle to co-develop the Cinemachine movie-review search engine for Sonicnet/MTV Interactive, he moved from a terrestrial radio gig at KITS-FM to join the on-air team at Sirius/XM Satellite Radio’s Sirius/XM Left channel where he reviewed new films and covered pop-culture on “The Alex Bennett Program” every Friday morning. He subsequently returned to terrestrial radio as a critic and pundit on Pacifica Radio/KPFK’s “David Feldman Show,” which is syndicated in various American markets and can be downloaded as a podcast from iTunes. Michael is also the host, writer, and producer of “Michael Snyder’s Culture Blast,” a weekly online show covering the best in cinema, television, pop music, comedy, comic books, and web content.

On the print front, he is the film reviewer and columnist-at-large for the Marina Times in San Francisco and editor-in-chief and film columnist of Bon Voyage – an English-language family-travel magazine published in Brussels, Belgium for the European market. Currently consulting on film and TV projects in Hollywood, he was part of the creative team that developed the CW network’s cartoon series “Eon Kid” and has done television series development for WildBrain Animation, Wild Hare Studios, Storytime Pictures and Alligator Planet. He co-authored the scenario to the ballet “Lear” — featuring a score composed by former Police drummer Stewart Copeland — for the San Francisco Ballet. Michael also co-wrote songs for the legendary theatrical rock band the Tubes, including the top-40 hit “Tip of My Tongue” and the Halloween perennial “Attack of the 50-Foot Woman.” In addition, Michael was an editor for the ground-breaking online music publication Addicted to Noise; on-air commentator over CNET Radio; nightlife editor for San Francisco Focus magazine; and contributing writer for San Francisco magazine. Plus, he has written for such publications as Salon, GEO, High Times, Creem, and the British pop-music weekly New Musical Express. 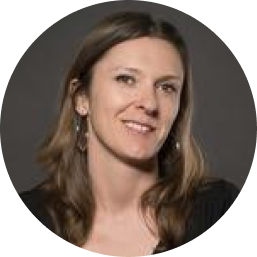 Katherine Sweetman is an award-winning content creator whose work has been on several media outlets such as Time Warner, and Cox, and Charter Communications and distributed globally at major film festivals. Her work has also been showcased in galleries and museums, including The Getty Center, Los Angeles.

Katherine produced, directed and edited 3D and 4k content for film and television distribution at Passmore Lab, where she created and directed the award-wining series, Road to the Cage 3D, a tell-all sports documentary series. 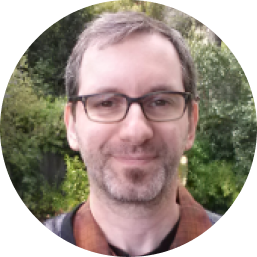 Allen White is a filmmaker, screenwriter, and film journalist from San Francisco. He has authored film criticism and history and interviewed cinema luminaries for numerous publications, including Film Threat. For About.com, he ran one of the first major websites for screenwriting education and information, and he has been a screenplay consultant for numerous clients. He has done TV series development for WildBrain Animation, Wild Hare Studios, Storytime Pictures and Alligator Planet. Allen has been a programmer for the San Francisco Independent Film Festival (SF IndieFest) and the San Francisco Documentary Film Festival (SF DocFest). He wrote the original screenplay for the 2001 feature film Me & Mrs. Jones, starring Kim Fields, released on DVD, which screened at numerous festivals and won several awards; the film featured a score by D’Wayne Wiggins of Tony! Toni! Toné! and included vocals from Alicia Keys and India.Arie. He has directed, shot, and edited numerous short web films, documentaries, and narratives. Allen currently publishes the webcomic Filth Biscuit.