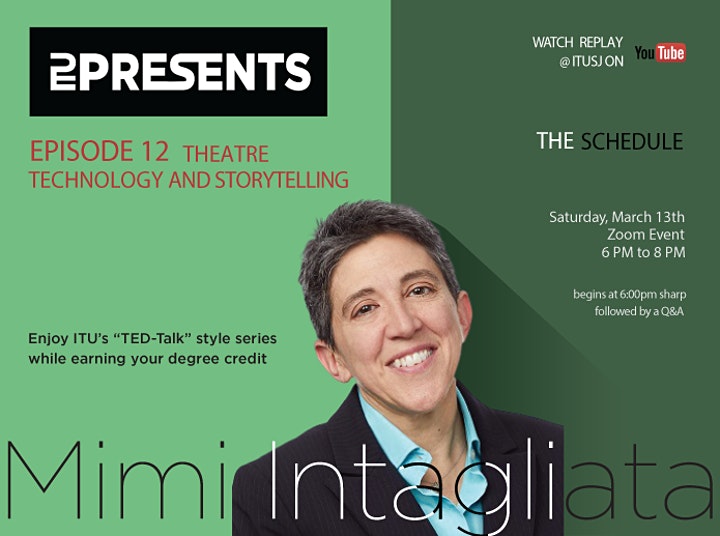 Mimi Intagliata (she/her) has been at Disney Theatrical Group in NYC since August of 2013. In her role as the Director of Production Operations, she supports the developmental and production process, dealing with technical aspects of the show as well as logistics, scheduling, and budgeting, and supports the creative and design teams as shows come to fruition. In her time at DTG she has worked on Beauty and the Beast at Shanghai Disneyland Resort, the Broadway production of Frozen the Musical, the national tour and theatrical film of Newsies, the new tour of The Lion King, and developmental productions of The Hunchback of Notre Dame and Shakespeare in Love.

Mimi has spent over 30 years working in a theatrical production. Prior to joining Disney, she was the Director of Production at Paper Mill Playhouse, a premier regional theatre in Millburn, NJ. There she guided over 40 shows to the stage, including the World Premiere of Newsies and the North American Premiere of the 25th Anniversary National Tour of Les Misérables. Before her time at Paper Mill, Mimi was the Production Manager at the Dodger Stage Holding, a Broadway Producer, working on, among other shows, the Broadway productions and national tours of 42nd Street and Urinetown, and the off-Broadway production of Bare: A Pop Opera. She also worked for the theatrical touring company NETworks as an Associate Production Manager and, prior to making the transition to Production Managing, was a Stage Manager working in settings as varied as children’s theatre, opera, and dinner theatre and spent nearly 10 years crisscrossing the country and globe on tours of Broadway musicals. She holds a Bachelor of Arts in Theatre from Indiana University, Bloomington, and is originally from St. Louis, MO. Mimi currently resides in Maplewood, NJ, with her wife, Alicia, and their two children, Lucas, 17, and Celeste, 15.

ITU Presents is back with our guest speaker Thomas Plunkett talks about  Blockchain and Cryptocurrency Technologies!